For years people have gracefully glided across the polished surface of a skate rink. Enjoying a disco with a difference, a sport with stamina at its core, or a party on wheels that has everybody dancing, spinning and twisting!

Where did it all begin though? And why is roller skating one of the best activities you can take part in with friends, family or colleagues?

Read on to learn about how the world of skating developed into what it is today. A world of fun, exercise, competition and partying!

Where did roller skates come from?

Considering most people think of roller disco or party type events when roller skating is mentioned, it may come as a surprise to know that the first set of wheels on boots originated many years before the disco scene emerged.

Way back in 1735, a man by the name of John Joseph Merlin wanted to impress people at a party and introduced some wheeled shoes he had created. Rumour has it, he crashed into a mirror immediately. Inventing a product is one thing, but knowing how to use it is clearly another!

Skip forward to the early 1800’s and the skating bug was starting to catch on in the mind of other innovators. Whilst these first skates were loved by many, the patent on the product was for an inline that couldn’t turn!

Utilised by stage performers, albeit in a limited fashion due to the lack of turning, and adopted by waitresses in Berlin beer halls, the skate was seeing rising levels of use but the functionality wasn’t cutting it!

For the next 40-50 years, designers continued to invest in roller skates and by 1863 three wheels had switched to four and turning a corner was now possible. James Leonard Plimpton had created a game changer.

Bear in mind that this much needed invention came six years after the opening of the first skate rinks. Both in London. That means that for years people were just skating up and down in straight lines!

When did roller skating get popular?

This surge of interest in the late 1800’s saw more indoor rinks pop up across the globe, and the skate created by Plimpton was a huge success. As the century came to a close, more and more creative minds saw a way to make things better for users. Toe stops and ball bearings being two of the things incorporated into the design that made for a more fun, yet safe experience for those enjoying the new skating craze.

Skate rinks were beginning to appear across the world and in some of the most prominent cities. Europe, North America, South America and Australia were all catching the bug and people began to flock to the rinks that were popping up. Such was the popularity that in 1902, the Chicago Coliseum opened an indoor skate rink where over 7000 people turned up to it’s opening night!

Around the same time, figure skating and speed skating were also making their presence known.

Over the next few years, the demand continued to increase and more rinks opened, more skates were sold and more competitive elements were introduced. Things slowed a little, in part perhaps due to the war, recession and a lack of overall support and interest but when the 30’s came. Things changed.

The golden age of roller skating

The Chicago Coliseum, in 1935 hosted the first transcontinental roller derby and from this, Chicago became the birthplace of what was to become a globally popular sport. Roller Derby. Now interest was reaching higher levels. So much so, that with the amount of people taking part, and the amount of rinks opening, roller skating, the sport, was being organised by The Roller Skate Rink Owners Association. It is around now that many claim skating was at its golden age. This is because in North America it was the number one participatory sport in the country. This period ran from approximately 1937 until 1959 and saw the popularity explode at an incredible rate.

Competitions for speed, figure and dance skating were popping up regularly and by 1941, skate conventions were being held nationwide.

As the 50’s ended, the love affair with the 4-wheeled shoe started to as well. Whilst still a popular activity. It wasn’t holding the allure it did. Until the boom of disco.

Whilst the previous venues did play music when people skated-electric organ music being the sound of choice in many rinks- it wasn’t until the 1970’s that the funky sounds of disco fused with roller skating to create something that people loved. More rinks started to open again and the roller skate dancing that was first established in the 1950’s reappeared but with a more modern twist.

The disco sounds of the 70’s lent themselves to a variety of dance moves and as a result saw a huge increase in people choosing this type of dance floor over the more traditional nightclub venue. Clubs did still dominate for the dancing masses, but for some, This way to enjoy disco was something else!

Interestingly, during this period, it could be said that roller skating was one of the first all inclusive activities. It was largely accessible and became popular in large numbers from the LGBTQ, black and immigrant communities.

The roller disco continued to be a popular activity during the 80’s too and became a core feature of roller skating birthday parties that were rapidly becoming a party of choice for kids as well as adults!

Roller skating in the 90’s and beyond

In the 90’s, roller disco and indoor skating lost a little of its allure but the inline skate saw a huge rise in popularity with outdoor skaters using skate parks to perform tricks. In addition, competitive outdoor skare events also saw a rise in popularity. This period was somewhat brief compared to the previous golden era and the roller disco boom and as a result, some skate parks closed and many indoor venues were sold off to become something more profitable.

As with anything though, things tend to go in cycles and the enforced restrictions Covid-19 brought, saw a return to people skating. Unable to go to venues and limited options for exercise or activity, people flocked to skating in such numbers there was a worldwide shortage of skatres to match the demand.

So where are we today?

Roller skating is definitely back with a bang, themed nights, parties and the competitive elements of roller derby have all brought people into the newly opened more modern skate rinks. Further to this, just like in the 70’s and 80’s where skating was seen to be inclusive. This is even more prominent now with many venues offering special sessions for those that may have sensory conditions or need additional help to enjoy the fun on wheels.

Roller skating is definitely back and some would say, better than before!

Roller skating has come a long way since the 1700’s and the tech involved has brought people together in a fun activity that all abilities and ages can enjoy. No longer just going in a straight line like you would have done all those years ago, you can spin, twist, speed and dance around in whichever fashion you like. Get a session booked with us today and have fun on four wheels! Contact us for more info, or browse our roller skating deals so you can find the best session for you! 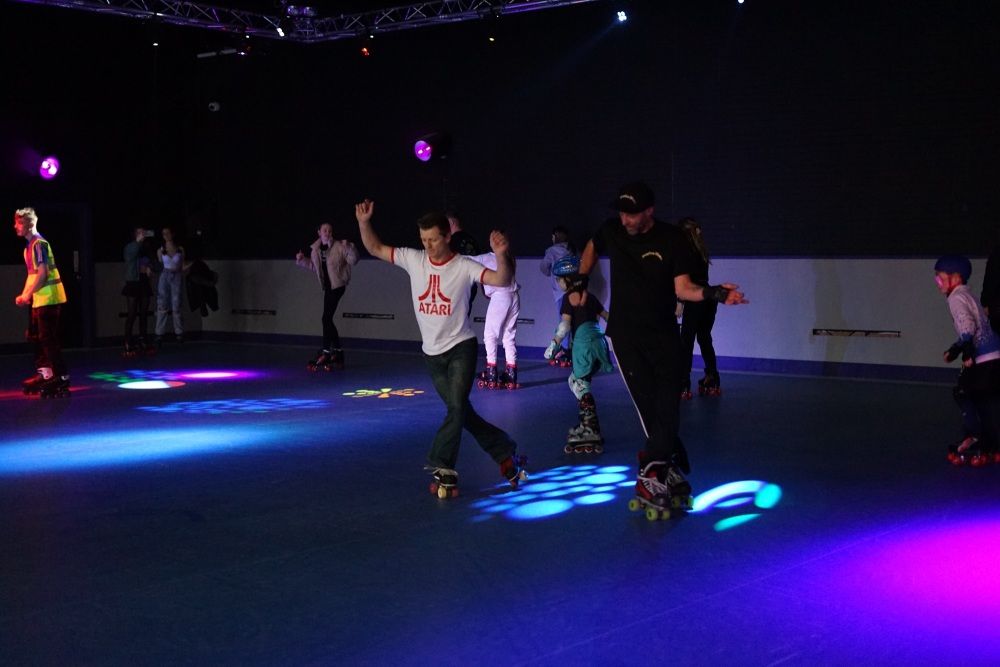